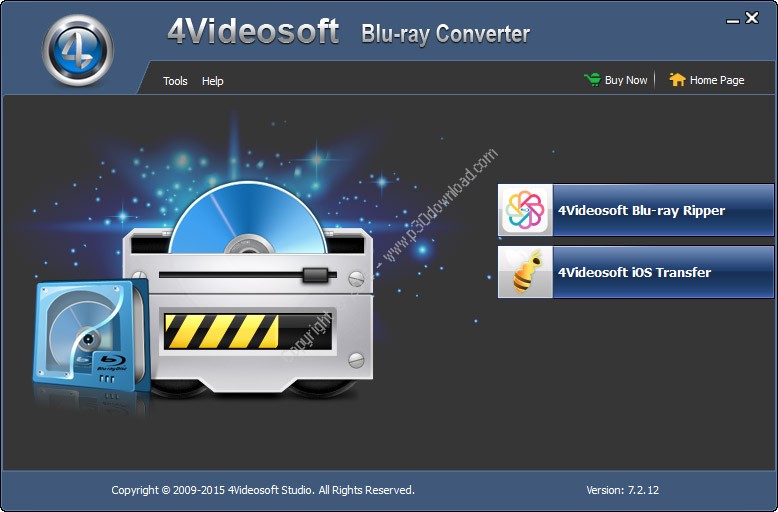 4Videosoft Blu-ray Converter is the bestBlu-ray Converter for Blu-ray users, which is packed with Blu-rayRipper and iPhone Transfer. This powerful Blu-ray Converter canhelp you convert any Blu-ray, DVD and video movie to the videoformats you want. The adopting of NVIDIA® CUDA™ and AMD APPtechnology makes the conversion speed much faster.

This Blu-ray Converter has the ability to transfer files betweeniPhone and computer. It can easily transfer videos, audios, photos,etc. from iPhone to PC and PC to iPhone. It also can transfer filesamong different Apple devices. You can also use this Blu-rayConverter to convert DVD and video files to iPhone supported videoand audio formats.
– Convert Blu-ray to any video and audio formats
– Convert common DVD and video files
– Possess powerful editing functions
– Transfer files between iPhone and computer

Here are some key features of “4Videosoft Blu-rayConverter”:
– Convert Blu-ray/DVD movies and general video to other popularvideo With the Blu-ray Converter, you are allowed to convertBlu-ray and DVD movies movies to ordinary videos which are able toplay on your portable devices like Samsung Galaxy S4, iPhone 5,iPhone 4S, iPad 4, iPod nano, BlackBerry and more. You can alsoconvert general videos to other mainstream video formats like MP4,MOV, M4V, AVI, etc.
– Transfer files between PC and iPhone 4Videosoft Blu-ray Convertercan help you transfer music, movies and photos files from iPhone toyour computer, and you are able to transfer your local files toiPhone. What’s more, it enables you to transfer files between twodifferent devices.
– Powerful editing functions 4Videosoft Blu-ray Converter providesyou with professional editing functions so that you can edit youroutput video as you like. You are allowed to modify the videoeffect by controlling brightness, contrast, saturation, hue andvolume. It allows you to merge several video into one, and add textand image watermark. You can reset the video length and frame.
– You are allowed to take snapshot when you preview the video withthe Blu-ray Converter.